BUT my life was drastically changed tonight when I discovered something magical on the internet.

This blog boasted the best umami flavor in a grilled hamburger ever.  Umami is that crazy smack of flavor that wakes up your taste buds and has you saying, “What was that?” (more about umami here).

The White on Rice Couple said their secret to the best umami burgers ever was fish sauce.  That’s right, the Vietnamese sauce that seems to go well with all Vietnamese dishes…but in an American burger.  As soon as I read that, I smacked my forehead.  Of course you should put fish sauce in a burger.  D’oh!

Three Crabs is the brand we use. (Click on image to be redirected to photo source)

Fish sauce is filled with glutamates, which are those nummy little amino acids that give umami flavor to soy sauce, worcestershire, meats, and anything delicious.

I followed their recipe to a T, and I can honestly say it was the best burger of my life.  I’ve never been able to grill anything remotely close to that awesome flavor. 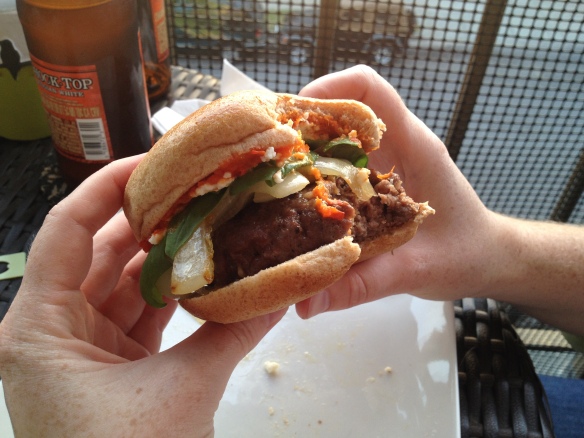 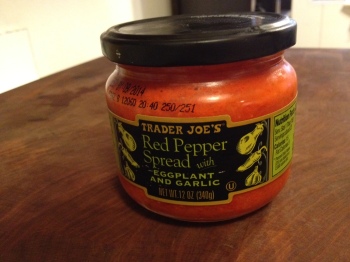 p.s. This is awesome…as if you ever doubted the awesome power of a Trader Joe’s sauce.

I was literally hooting and hollering on my patio.

Please try this.  Even if you have to buy a jar of fish sauce, you can always use the rest of the bottle for stir fries (frys?), fried rice, AND ALL THE BURGERS FOR THE REST OF YOUR LIFE.

Thank you for your time,

I am making my first homemade bird.  I am going with Comfortably Domestic’s Citrus Herb Roasted Turkey recipe!

Luckily, the roasting pan came in the mail just in time.  Thanks, Pioneer Woman! 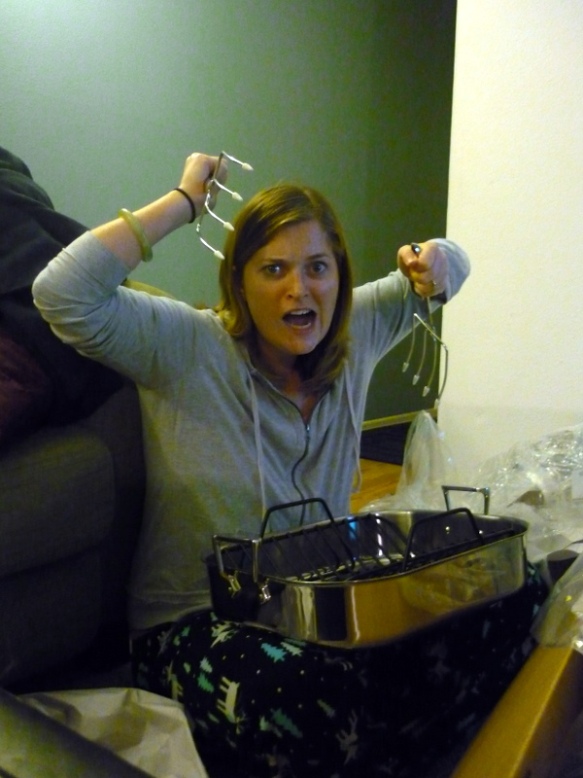 The corn bake is done (recipe soon to follow).

The bird is waiting for instructions.

My wine glass is full.

My fat pants are ready.

I’m getting my game face on: 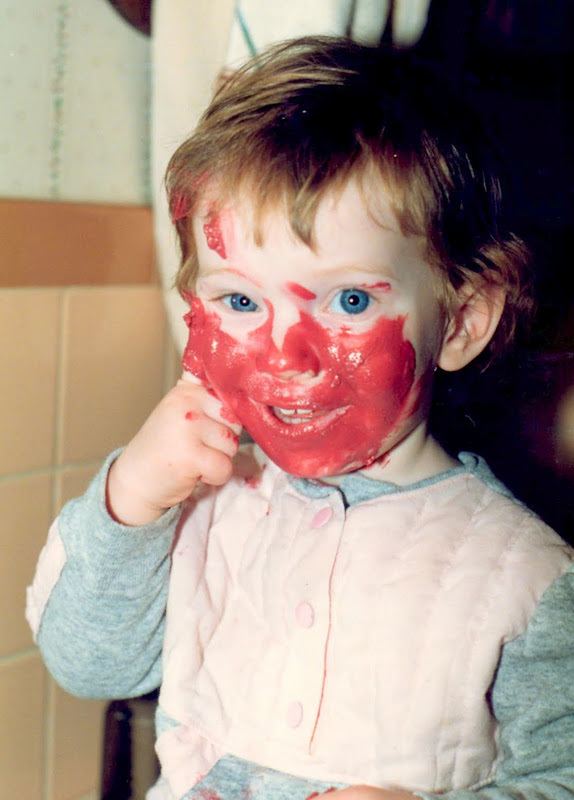 "I wanna wear wipstick so I can wook wike a wady"

Can you tell this post was written with a glass of Riesling in hand?  Perhaps…

What’s your favorite dish at Thanksgiving?

p.s. All posts tagged “I can’t remember” are posts I wrote while under the influence.  Have fun with that.

I don’t really experiment with drugs, and I would like to think my “heavy” drinking days have been over since college.

However, as soon as I read this article about the ban on Four Loko, I knew it was my destiny.  For those of you unfamiliar with Four Loko, it is a 12% malt liquor caffeinated drink.  Reports vary on the amount of caffeine, some say it’s equivalent to 1 cup of coffee, others say it’s closer to 3 cans of Red Bull.  For this reason, it has been banned in several states due to reports of Four Loko-related hospital trips and deaths. 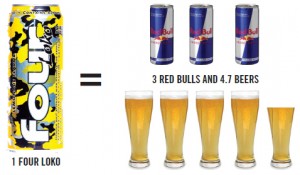 I get the ban.  I do.  Alcohol should probably have heavier restrictions on its sale and use, especially when said alcohol contains caffeine.  It’s dangerous.  No question.

That being said, the argument that Four Loko specifically targets under-age drinkers is ludicrous.  I LOVE the marketing, and I’m 24!  haha jk

Anyway, I was enjoying a harmless night of karaoke with friends and a few drinks, when my friend pulled out a can of Four Loko.  The can itself is intimidating: 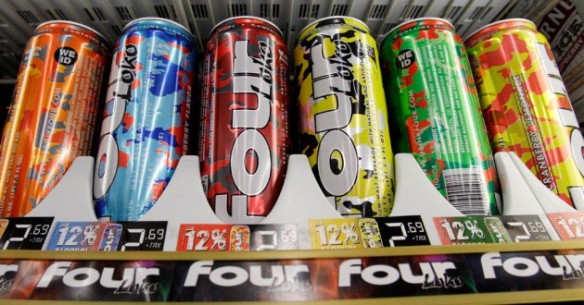 I took a sip and almost choked on the sugary sweet Jolly Rancher taste.

And then I had some more.

The group of us consumed about one can each and were overcome by an insatiable hunger for McNuggets.  We discovered the 50 nuggets for $10 deal and devoured them instantly.

Jonathan drove my butt home as I begged for more food…Jack in the Box breakfast sandwiches, specifically.  Luckily his sober self had more sense than to give me more food, and he sneakily drove me home without stops as I snoozed in the passenger’s seat.

Upon arrival home, I lacked all ability to stand (this, according to Jonathan).  As my memory serves, there was a very specific reason I was on the kitchen floor…I just can’t quite remember what that reason was.  Jonathan tried to help me up, and I squirted my water bottle all over him.  I still chuckle at that hahaha…he didn’t think it was so funny.

I went to bed and woke up feeling awesome and energized for the day.  Seriously.

I immediately went to Facebook to share with my friend who had purchased the Four Loko that I would never be partaking in that drink ever again.  Only to find that I had mysteriously posted on her wall the night before, “no loco likey. ever.”

One of my friends said he had a hard time sleeping because his heart was pounding out of his chest.  Terrifying!

Tuan was credited as saying “Loko Mads” was actually “Five Loko Mads”…when you’ve had 1 Loko too many.

I’m not sure California will ever ban Four Loko or force them to remove the caffeine from the product ingredients, but I have officially banned it in my home.  My heart and brain will appreciate it in the long-run.  Probably my liver too.  Jonathan will probably appreciate it most of all.

What’s your take on banning caffeinated booze drinks?  Have you tried this horrible stuff?

If you can’t tell already, this week has been pretty poop-tastic.  For many reasons.  I am calling it a Mulligan and it ends today.

When I sliced a chunk of my thumb off. 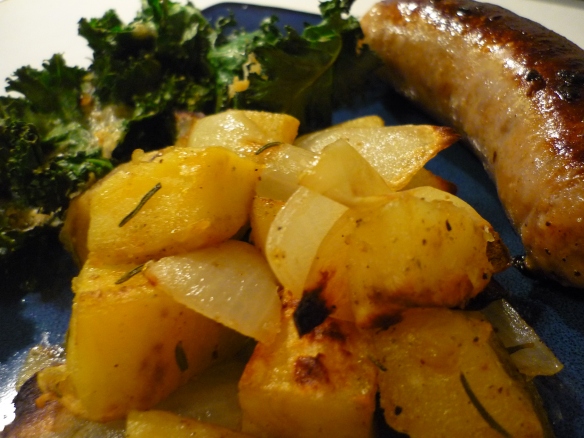 The meal was worth it.

Unfortunately, I didn’t grab sweet potatoes at the store, but some sort of mystery potato blend.  I quickly discovered that almost all root vegetables can be turned delicious with olive oil and salt.  But that’s not what this story is about.

This story is about freshly grated parmesan cheese to top off the kale chips. 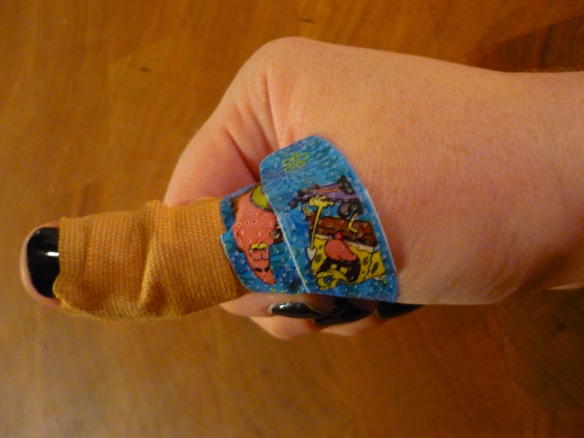 I’m going to make it.

But the grater is in time-out. 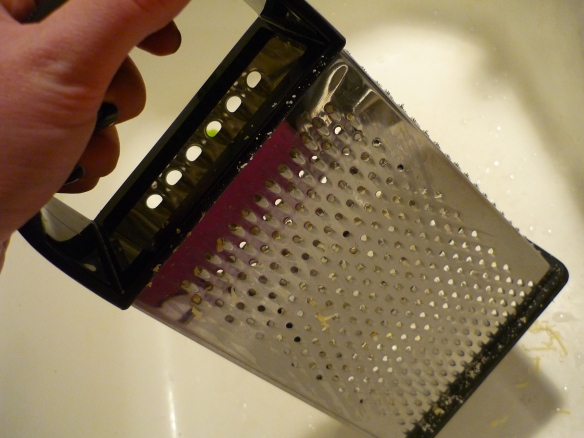 Care for some freshly grated thumb?

Have you had any kitchen mishaps lately?

P.S. I came across this interesting article describing sweet potatoes vs. Yams. Turns out, I was eating legitimate sweet potatoes last night, but I have only ever had the Camote and Garnet yam in the past. Fascinating.

Today I choose to reflect upon a decision I made last night.

It was not an easy one.

It has been many moons since I have done this.

I chose the Riesling out of our wine rack.

It feels so good to get that out in the open. 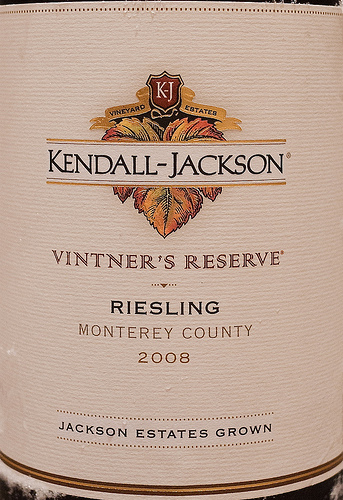 But it wasn’t just any Riesling…it was Kendall Jackson’s 2008Vintner’s Collection Riesling (retailing at $9.99).

When I imbibe, I typically like what I refer to as “old man drinks”.  These are your Whiskey Waters, Rum and Cokes, Scotch and Soda, etc.  The smoother and stronger, the better.  Sweet little girlie things like Appletinis and Pina Coladas give me major headaches and really cramp my style.

However, I like wines as sweet as they come.  Fruity…bubbly…awesome!  So Rieslings are perfect for me.

Merry Weekend to you all!

There have been some new additions to the apartment family in order to prepare for the fall season. 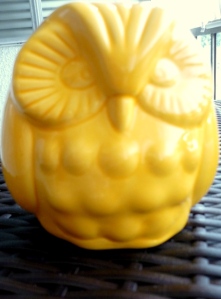 Fresh flowers weekly (two bouquets for $3 at the farmers market) 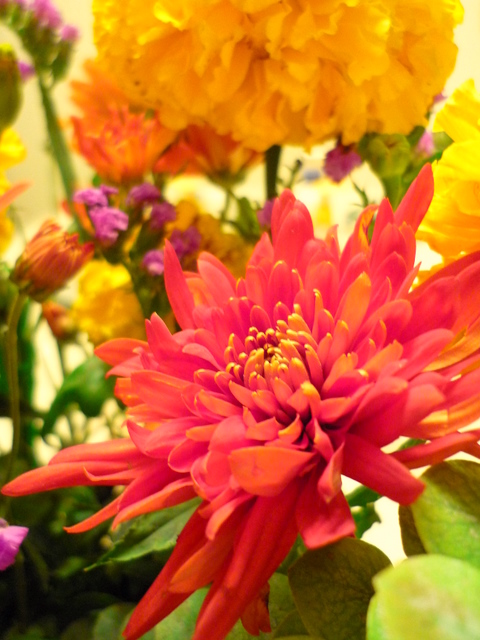 Harvest pig (I’m not sure what a “harvest pig” is, but it felt right to say) 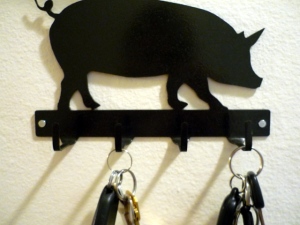 Pumpkin pals–one is soon to be carved 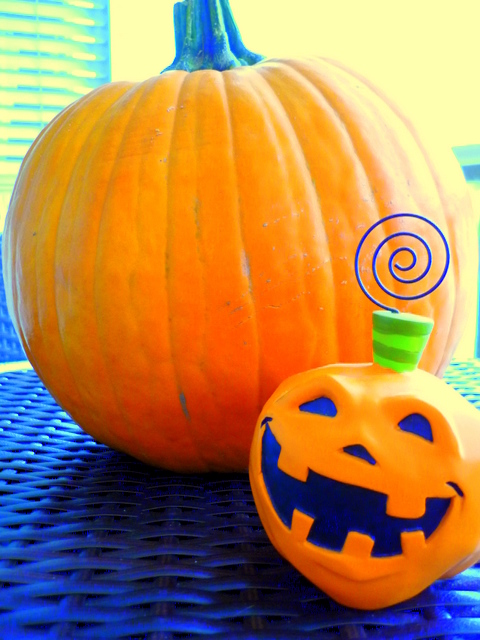 As my mom was cleaning out my childhood closet for the final time before I head out West, she came across a ziploc bag filled to the brim with notes from Junior high.  She brought them to me without reading them (she says…and gosh I hope) and I couldn’t be more happy!  What a treat to read all of the garbage that was going on with my hormonal pre-pubescent self! haha

(Disclaimer: I would love to give more context for these excerpts, but I honestly don’t remember what they were about.  Just pre-teen glory)

Here are some awesome excerpts either from me or to me:

“3 seats in front of me just asked me out!!!  I want to say no really bad, but I feel terrible cause he is my friend and it will be awkward.  ugh!  Why can’t the guy I like ask me out?” (ain’t that the truth sista!)

“Who’s coming to this shindig of a party?  Gotta see if you guys are cool enough for me.” (I didn’t realize anybody was cool in Junior high)

“You should ask anyways, the worst she can do is say ‘no’, and while that does hurt at least you keep your options open.”  (good to know I haven’t given any new advice since 7th grade…also that I’ve followed my own advice for almost 10 years now)

“When I get a secret, you can know 1st“ (that’s what friends are for haha)

I don’t know if this is a repeated online conversation, or if somebody made it up, but it is hilarious (initials changed for privacy)!

“Is that hackie sack for anger management?” (there was a crying face drawn next to this)

“I ❤ him to death.  We skipped 2nd hour together and just sat and talked, but I still don’t know what’s going to happen cuz I kinda wanna be free right now too.” (I like that 13 year old girls are talking about “being free”)

“Do you have perfume I can use?  Like Tommy or something?  You’re in French right?  Did u know that next year we get to go to France?”  (such a coherent train of thought, and also not true in the slightest)

I got such a kick out of reading these, but I am very glad I’m no longer in Junior high.